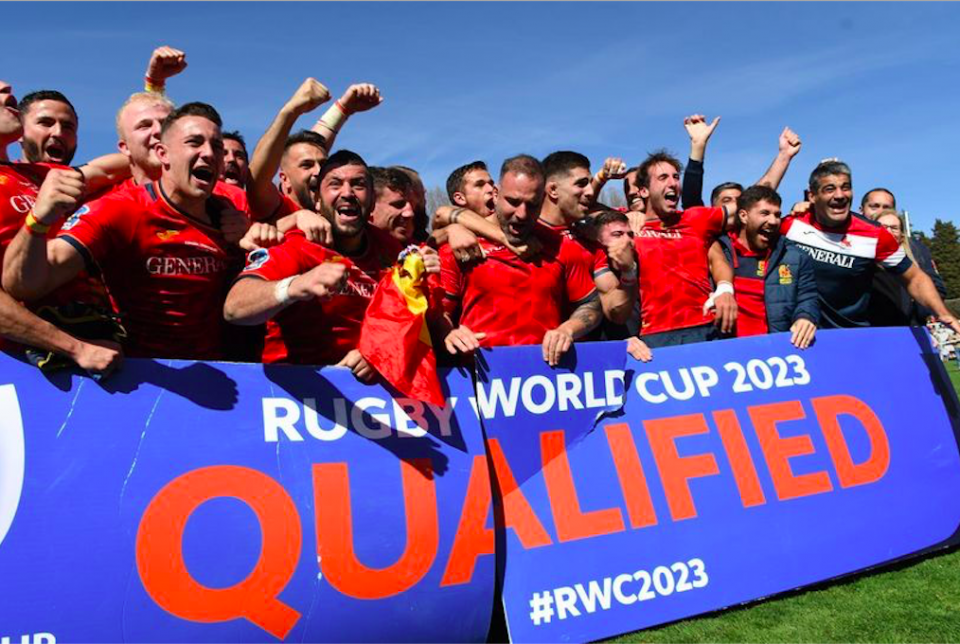 Spain has qualified for the Rugby World Cup for the first time since 1999.

The Spanish national side beat Portugal 33-28 at Estadio Nacional Universidad in Madrid to ensure that they finished second to Georgia in the combined 2021 and 2022 Rugby Europe Championship, which also doubled as qualifying for the World Cup in France next year.

The feat marked a remarkable turnaround for Los Leones, who started the championship with three defeats but have won six straight. They face Georgia next weekend.

‘It’s been a long journey and a very tough qualification process,’ Spain head coach Santiago Santos said. ‘The performance of the team was amazing and we are very excited to be going to the Rugby World Cup.’

Spain has qualified as Europe 2 in a World Cup pool with defending champion South Africa, Ireland, Scotland and the Asia-Pacific 1 qualifier. Its opening match will be on 9 September 2023, against Ireland at Stade de Bordeaux.

Eight days later, Santiago Santos’s side will face the Springboks at the same venue, before heading to Lille where they play Scotland on 30 September and the Asia-Pacific 1 qualifier on 8 October.

Spain’s last tournament appearance came at RWC 1999, where they were also drawn alongside South Africa and Scotland, as well as Uruguay, in Pool A.

In its only previous World Cup appearance in 1999, Spain was based in Scotland and lost all three of its pool games to Uruguay, South Africa, and Scotland.

Portugal was in the running to finish third in the standings, and a place in the last qualifying tournament in November.

The Rugby World Cup is scheduled to take place in France from 8 September to 28 October 2023, in nine venues across the country. 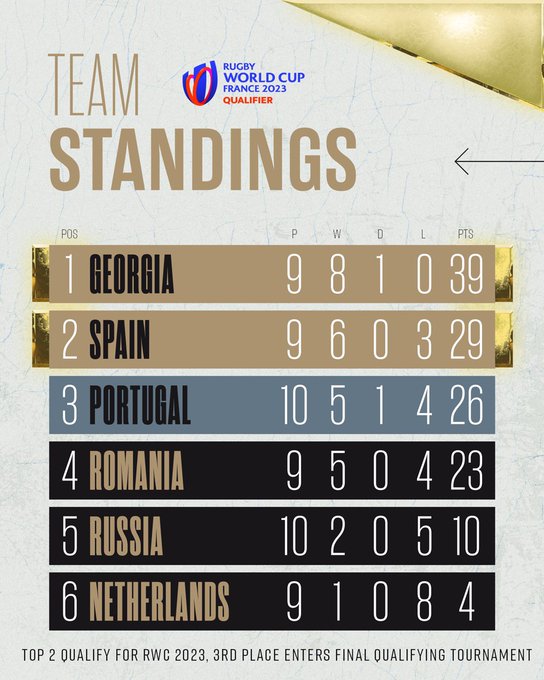