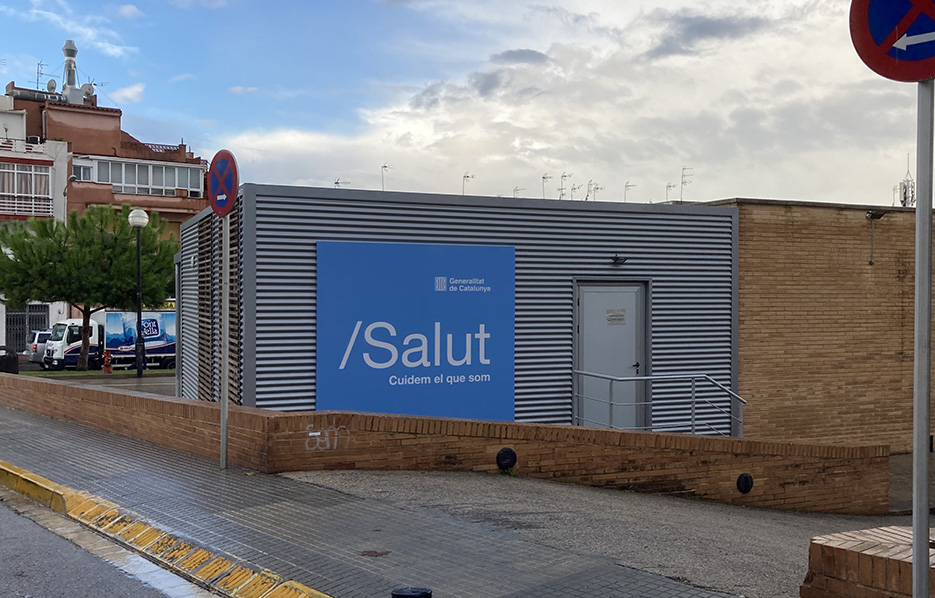 The sixth wave of Covid has hit Sitges again in force, as far as the number of infections is concerned. Between Thursday and Sunday, 99 new cases were registered, a figure only reached during the highest peak of the entire pandemic, at the beginning of July. However, the number of hospital admissions is low: at the moment there are only three people in Sitges hospitalised for Coronavirus.

The curve of new positive cases is skyrocketing in Sitges. In the first week of November, only nine new cases were detected. In the following week it went to 34; then to 40 and last week to 83. The most spectacular jump, however, has been this past weekend: 99 cases in just three days. These are similar figures from the beginning of July, when 365 new positives were reached in one week, mostly young people and unvaccinated adolescents.

Among the new cases there are those who are unvaccinated, but there are also those with two jabs received months ago. The good news is that the number of hospitalisations is low: there are currently three, although following this evolution the number could increase. In the fifth wave, the maximum number of nine people simultaneously hospitalised was reached.

In Sant Pere de Ribes, the figures are also continuing to rise at an alarming rate. 52 new cases were detected last week and 80 in the last three days.

With this high number of positives, epidemiological indicators have also skyrocketed again. The rebound risk (iEPG)* rose from 1,000 points on Friday to 1,371 in Sitges. In Sant Pere de Ribes it is also high at 516 points. The Catalan average is 397.

The rate of contagion (RT) is 2.47 in Sitges and 1.26 in Sant Pere de Ribes, while in Catalonia it is 1.29. One of the data that best illustrates the disproportionate figures in Sitges is the positivity of PCR tests and antigen testing, which in Sitges already exceeds 15%. In the second week of November it didn’t reach 2%.

This increase in cases means an increase in the number of tests being carried out at the CAP, which is once again under strain. The centre will receive staff reinforcements starting from Thursday.

*The potential rebound risk (iEPG) measures possible new cases diagnosed over the next 14 days, to evaluate the growth or slowdown in the contagion. It is calculated by multiplying the accumulated incidence rate (IA) and the rate of contagion (RT).

Covid cases rising among Sitges pupils, but the number in isolation is declining

Awareness and solidarity at the Sitges Human Rights Conference

Sitges surpasses 5,000 Covid cases since the start of pandemic

New lines of aid approved for Sitges businesses and self-employed