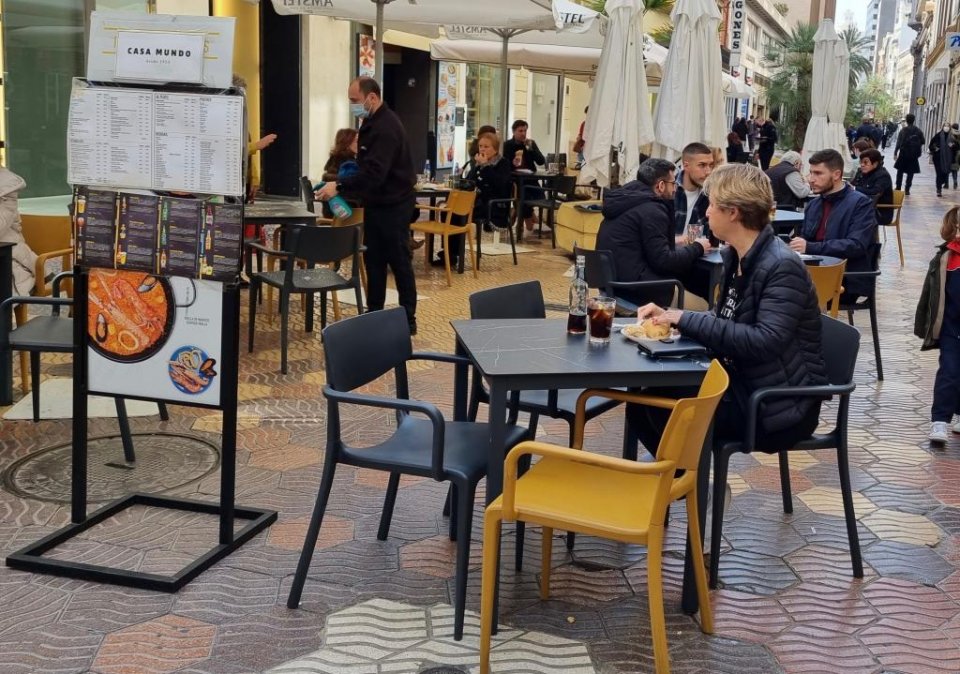 There will be no school on the days of Las Fallas and Magdalena festivals, it was decided this week by school councils across the region.

However, the idea was met by fierce opposition among teaching unions, students and AMPAs (parents’ associations). STEPV, the largest teachers’ union, held a protest outside the Palau de la Generalitat on Monday, demanding the holiday be maintained and insisting that teachers need a rest during this most complicated of academic years. As the week went by, one by one school councils in towns across the region voted to keep the holiday.

Valencia city’s school council finally met on Thursday afternoon and voted 22 to 7 to keep the holiday. Puig’s recommendation was dead in the water.

Puig, who was supported by his health minister, Ana Barceló, had argued that there was a risk of causing a fourth wave, if so many people were on holiday – and in the case of some university students, for up to nine days. Indeed, there were many who agreed with him: some 250,000 students, teachers and school staff on holiday, with some spring weather thrown into the mix, and it is certainly a recipe for another spike in infections.

Many who sided with Puig over this issue believe he should have taken a stronger approach, cancelling the school holidays altogether, rather than leaving the decision in the hands of the school councils. However, to do that the decision should have been taken back in January, not just a few days beforehand, as was the case with the Magdalena holiday, where the non-school days begin on 9 March.

Valencia’s bars and restaurants once again put out chairs and tables on terraces to welcome customers, as the easing of restrictions began on Monday (as reported last week).

Of course, only those lucky enough to have terraces were able to re-open and they were limited to a maximum of four per table. If infection rates continue in the right direction, the government hopes to extend the easing of restrictions and allow establishments to have customers inside, albeit with reduced capacity, but this would be a lifeline for many bar and restaurant owners who are in a desperate situation.

The proposed date for the continued easing of restrictions is Monday 15 March, the start of the Fallas week. However, if the government fears a spike in infections from so many young people not being in class, they may well decide to delay further easing of restrictions. So once again, as has been the case throughout this pandemic, the sector to lose out will be the hospitality industry.

The downward curve has continued with the health department announcing on Wednesday that there had been a 90% drop in Coronavirus cases in the past month. This week there have been just 2,609 new infections reported, compared to 3,914 last week. There have been 6,083 all-clears, compared to last week’s 11,316 and almost half the number of deaths, 154, compared to last week’s 294. There were just 49 new outbreaks, 33 of those from socialising, whereas last week there were 110, with 81 from socialising.

Hospitalisations have also continued to decline, and as of Saturday, according to figures from the health department, there were 789 people in the region’s hospitals with Covid-19, compared to last week’s 1,104, with 221 in ICUs, compared to 284 last week.

In an attempt to highlight the plight of Valencia’s ailing pyrotechnic industry, the health department has approved a different Nit de Foch for the night of 18 March. Every year during Fallas the biggest and best of the nightly fireworks displays takes place on the eve of San José, attracting huge crowds with many arriving hours before to bag a good spot close to the river. This year, however, due to Covid-19 restrictions, there can be no large gatherings of crowds, so the plan is for the fireworks display to be set off from 12 different points around the city after the 10pm curfew. Residents will be able to watch from their balconies and roof terraces, or see the displays on the television or via social media. The plan just needs the approval of the central government delegation.

The next hurdle for all regional governments will be Easter, and there has been much debate this week about how to keep people from mixing too much and causing an increase in Coronavirus infection rates.  An inter-regional meeting on Wednesday failed to reach agreement despite a large block of regional governments being in favour of keeping their borders closed over the Easter break: the Balearic Islands, Cataluña, Castilla-La Mancha, Aragón, Murcia, Andalucia, Galica, the Canary Islands, Asturias, Cantabria and the Basque Country all showed their support, in varying degrees, to maintaining borders closed.

Madrid, however, has not agreed, with the regional president, Isabel Díaz Ayuso saying on a radio interview for esRadio published by Europa Press, that it is too early to make such a decision and that there is no point ‘closing for the sake of closing’.

Speaking on Ser Radio on Thursday, Valencian president Ximo Puig was clear on his position, saying: ‘We will welcome people from Madrid with open arms in the Valencia region when it’s possible, but not at Easter, no. I’m sure that by this summer it will be possible to meet up with citizens from Madrid who always visit us.’

He added: ‘We are preparing to begin mass vaccinations from April, in much larger venues [see our report from 21 Feb]. I would like it to go faster, but the most important thing is that the most vulnerable receive their first dose.’

The health department reported on Wednesday that so far 352,352 doses of the vaccine had been administered, with 106,455 people having received both doses. Also read: Covid-19 Vaccinations in Spain

With the long weekend of San José and Easter week just around the corner, plots are being marked out on Benidorm’s beaches in readiness for the arrival of visitors. According to Benidorm mayor, Toni Pérez, the work will be done following the safe beach model brought in last summer which had such good results and was received so well by users.

Spain’s unemployment rate declines at a record pace in May