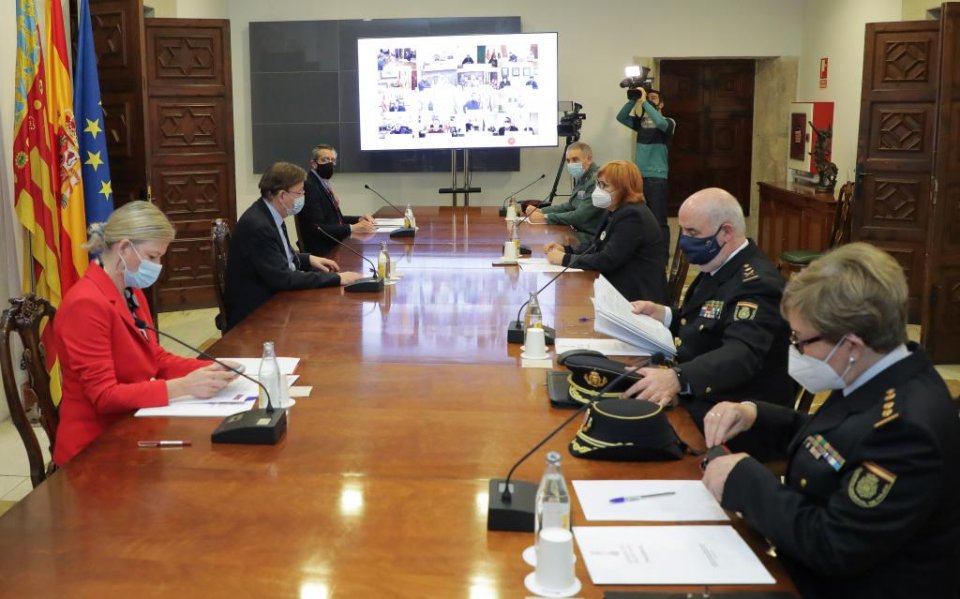 Extension of restrictions and new measures

From Monday 1 February it will be compulsory to wear a face mask on urban beaches or when exercising in populated areas between 10am and 7pm, be it in the street or in green spaces.

On Friday the Valencian health department announced an extension to the restrictions brought in last week, along with some new additions. On urban beaches walking or other physical activity is allowed, as long as social distancing is maintained, without going beyond the maximum number of two people (except co-habitants) and always wearing a face mask. In other natural spaces and non-urban beaches face masks are recommended but not compulsory.

Also new is the closure of saunas, spas, health resorts, solariums, Turkish baths, massage rooms and similar facilities. These new additions, as well as the current restrictions, will now be in place until midnight on 15 February.

Private social gatherings continue to be limited to co-habitants, while in the street it is limited to two people and weekend perimeter closure of towns and cities of more than 50,000 people is also extended until 15 February. In the Valencia region those are: Valencia, Alicante, Elche, Castellón, Torrevieja, Torrente, Orihuela, Gandia, Paterna, Benidorm, Sagunto, Alcoy, Sant Vicent del Raspeig, Elda-Petrer and Vila-real.

Exceptions include partners who live in different homes, as well as individuals who live alone and who may form a bubble with another household, but it must be the same household for the duration of the restrictions.

Other exceptions include those caring for children, older people or other dependents and children of separated parents.

Friday afternoon saw huge traffic jams as people tried to get home after work. And the queues affected both those returning home to the cities after work as much as those leaving the cities and going back to their towns and villages.

School infections double in a week

The Christmas effect continues to be felt as the number of positive Coronavirus cases in schools rises dramatically. According to figures released on Monday by the education department for the week of 18-22 January, there were 674 classes confined in the region’s state and semi-private schools, up 122% on the previous week. However, put into perspective, of the region’s 818,644 students, (3-18 years) just 5,777 had tested positive (0.7%). Meanwhile of the 78,434 teachers, 1,206 (1.5%) had tested positive during the previous week.

Nonetheless teachers’ unions have called for schools to be closed and all classes to go online as has happened this week in many of the region’s universities. Their concerns would also seem to be supported by figures showing the origin of new outbreaks. By far the largest cause is socialising, with work and education-related outbreaks being a minimal percentage. However, this week school outbreaks accounted for 21% of new outbreaks.

But the education department appears to be far from agreeing to a change to online learning, insisting that ‘Valencian classrooms continue to be safe spaces for the detection of external infections and that with the application of safety and hygiene measures, as well as the case detection protocol, it helps reduce the transmission of social infections.’

Community transmission ‘out of control’

With the worst Coronavirus statistics for the whole of Spain, Valencia health minister, Ana Barceló admitted on Monday that community transmission of the disease is ‘out of control’ and growing daily in practically all the Valencia health districts.

The accumulated infection rate for the region over the past 14 days is the highest in the country, at 1,431 per 100,000 inhabitants, according to figures from the central health ministry published on Friday. Speaking in the Valencian Parliament, Barceló said that, ‘the numbers of cases, hospitalisations and the numbers of deaths already exceed those of the first wave.’

The People’s Party (PP) health spokesman, José Juan Zaplana, criticised Barceló for not apologising or admitting that the measures taken for the festive period were insufficient, despite having claimed they were the toughest in the country. Addressing the minister directly, he said: ‘Have you asked yourself if perhaps they [the measures] weren’t implemented properly? Have you asked yourself if perhaps they weren’t the right measures? The experts warned that they were insufficient, but be it one or another it’s 1,156 deaths in 24 days, madam minister.’

The chief prosecutor in Castellón, health councillors in Murcia and Denia, and numerous mayors and deputy mayors are the latest additions to the list of Covid-19 vaccine queue jumpers. This is in addition to Spain’s Chief of Defence Staff for ‘allegedly’ also jumping the queue, resulting in his resignation last week.

Nationally at least 700 people have been accused of getting the jab ahead of other priority groups, while in the Valencian region that number is over 200 and some have already resigned.

José Luís Cuesta, chief prosecutor in the Castellón province since 2012, is understood to have received the vaccine on 12 January, although an investigation has been opened by the health department to determine whether he had it at the health centre where his wife is coordinator, or if she took the vaccine home.

Denia’s health and well-being councillor, Cristina Morera (of the PSOE party) received the jab on 12 January, apparently after a call from the Marina Alta health department around 8pm looking for people to vaccinate, so as not to waste doses.

In the neighbouring Murcia region, the health chief Manuel Villegas resigned after it was revealed that he and more than 400 civil servants and holders of high office from his department had been vaccinated.

As we’re being asked to stay at home and minimise social interaction as much as possible, and while going for a run may seem a good option to work off a few calories, the thought of jogging with a face mask on may not be so appealing. Another option is an exercise video at home but if, like me, you’ve got the willpower of a fish, then that’s probably not happening either. For something to get you up and moving I can highly recommend Baile con Cameron, exercise classes online to all the best disco tracks of the 70s, 80s and 90s.

Based in Valencia, Cameron normally runs different exercise and dance classes in English across the city, but with the current restrictions they are now online and available to anyone who wants to shimmy and boogie. You can click here to find him via his Facebook page.

when will the residents of spain start getting there covid vaccination. i have heard nothing regarding this. thank you.