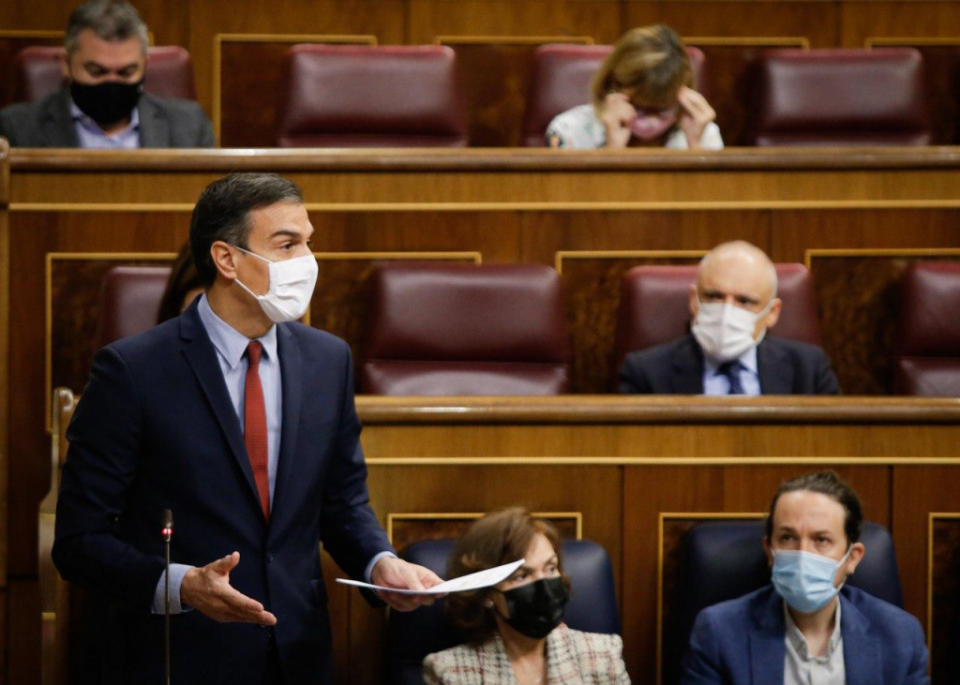 The Spanish Congress has voted to extend the current ‘State of Alarm’ until 9 May 2021.

The nationwide State of Alarm was declared on Sunday to combat further cases of Coronavirus (Covid-19), initially for a period of 15 days. On announcing it, however, Spanish Prime Minister Pedro Sánchez said that he would be seeking parliament’s approval to extend it for six months. The debate took place on Wednesday and Thursday, with the voting on Thursday afternoon. The state of alarm was finally extended with 194 votes in favour, 53 against, and 99 abstentions.

The PSOE–Podemos coalition government had the support of the Ciudadanos (Cs) party, the Esquerra Republicana (ERC) party and the Basque Nationalist Party. The People’s Party (PP) abstained and the far-right Vox party voted against the extension. Junts per Catalunya (JxCat) and the CUP party also abstained.

ALSO READ: Far-right Vox party fails to get any other MPs to support no-confidence vote

During the two-day debate in Congress, Sánchez had argued that his government was fighting Covid-19 in a resounding fashion ‘with all the constitutional weapons available’.

Sánchez stressed the importance of cooperation with Spain’s regional governments, which have jurisdiction for healthcare and public health. His central government, he argued, was offering them ‘all the means and legal and material resources’ to combat the pandemic, ‘with the sole aim of defending public health and saving lives, companies and jobs’.

Reiterating his commitment to unity and to ‘listening and reaching out’, Sánchez said that if the Inter-Territorial Council of the National Health System – formed of representatives from Spain’s central Health Ministry and all regional health authorities – stipulated a four-month extension of the state of alarm to 9 March 2021, after which it would no longer be necessary, then his government would lift it. If, in contrast, the Inter-Territorial Council established that it should remain necessary, then the government would maintain it until 9 May 2021.

The purpose of the state of alarm is to enable the regional governments of Spain the legal requirements to impose and enforce nighttime curfews and other restrictions, where required.