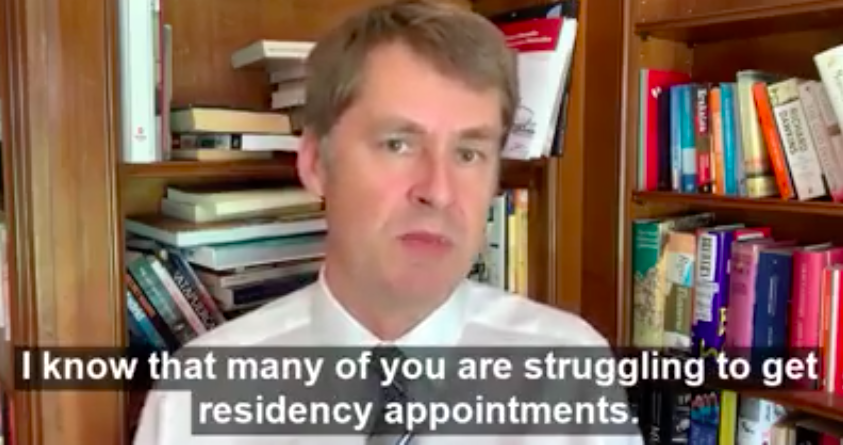 With 100 days until the end of the Brexit Transition Period on 31 December, the British Ambassador to Spain Hugh Elliott has recorded another video message for UK Nationals living in Spain, in order to try and reassure them of their rights.

You can view the video here:

Speaking about the continuing negotiations on the future relationship between the UK and the EU, Hugh Elliott said, ‘I want to reassure you that your rights as UK nationals living in Spain are already protected under the Withdrawal Agreement between the UK and the EU. And that both the UK and Spanish Governments are fully committed to implementing the citizens’ rights provisions in the Agreement.’

The ambassador reminded UK Nationals of the need to register as a resident as soon as possible, but also acknowledged that there are difficulties with getting appointments in some places.

UK Nationals will still be protected by the Agreement, as long as they can prove they were legally living in Spain before the end of 2020, so the Embassy’s advice is to now also ‘make sure you have documentation (eg. padron certificate, rental agreement, utility bills) to demonstrate you were living here before the end of the year’.

For those who have difficulties completing the residency application, the UK Government has also provided funding to three organisations – Age in Spain, Babelia and IOM – to answer questions and provide practical support. For details of the help they can provide and how to contact them visit gov.uk/livinginspain.

The Embassy and Consulates are also running a series of Facebook Live Q&As on different topics related to living in Spain and the actions UK Nationals may need to take. All sessions take place on the Embassy’s Facebook page and are available to watch afterwards. The current schedule is as follows, although it is subject to change.

Please insist that as well as rights, people have obligations. This is often overlooked or, even worse, completely ignored.