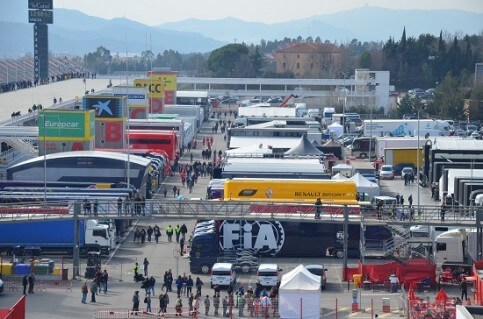 The Catalan government has given the green light for the Formula One Spanish Grand Prix to be held next year at the Circuit de Barcelona-Catalunya, after the contract expired this year.

Circuits de Catalunya, the company that organises the event at the race track in Montmeló, half an hour outside Barcelona, is now free to sign a one-year extension to the contract.

‘The executive council has today authorised the Circuits de Catalunya, SL society to sign a one-year extension of the contract for the organisation of the F1 Spanish Grand Prix for the year 2020 with the Formula One World Championship Limited company,’ said the Catalan government in a statement.

That will mean the venue will host the major international event for the 30th consecutive year, as the government sees the race as a key contributor to tourism and the auto industry.

According to Spanish media, the 2020 Barcelona race would take place on 15-17 May, between the Dutch and Monaco Grands Prix.

With the Grand Prix assured for one more year, the government is currently working on a long-term strategic plan for the Circuit de Catalunya.

The news will be welcomed by local businesses in and around the track, as the possibility of losing such a prestigious international event had been causing concern.

Over 160,000 spectators attend the annual event, and it is estimated that losing the race would have meant 40% of workers in the local hotel sector could have lost their jobs.

Last year, the head of the Vallès Oriental hoteliers association, Enric Gisbert, said that his members were ‘frankly worried’ about losing the event.

One of the oldest car races in the world, the Spanish Grand Prix celebrated its centenary in 2013. It moved to the Montmeló track in 1991, where it has been held ever since.

This year’s race was on 12 May, and was won by British driver Lewis Hamilton (Mercedes), with Finland’s Valtteri Bottas (Mercedes) coming second, and Dutch driver Max Verstappen (Red Bull Racing-Honda) in third place.

ALSO READ: F1 weekend with the Spanish Grand Prix … but will it stay?