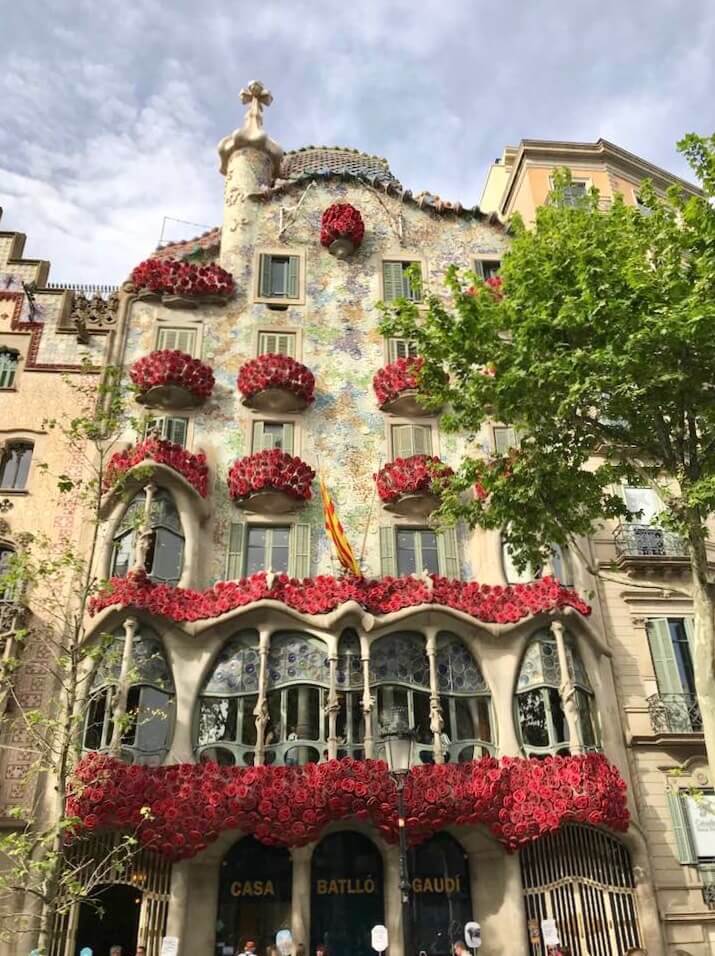 One of Catalonia’s most important dates of the year, 23 April, is the day it celebrates its patron, Sant Jordi (Saint George), and it does so in its own unique way.

The star of Sant Jordi’s Day is the rose, as the long-standing custom is for people to gift loved ones with this universal symbol of love.

That means Catalonia needs a lot of roses for 23 April, which also makes Sant Jordi the most important day of the year for the country’s flower sellers.

That is actually a slight fall of 5% from last year, which Mercabarna puts down to a late Easter, and therefore less time for flower vendors to sell their millions of roses.

Yet Sant Jordi in Catalonia is more than just about flowers, as what makes the celebration so unique is the unlikely tradition of expressing one’s feelings by combining roses and books.

Coinciding with UNESCO’s World Book and Copyright Day, on Sant Jordi people also gift their loved ones with a book.

That also makes the patron’s feast day a celebration of culture, and one of the most important of the year for booksellers, as it accounts for 10% of the year’s book sales.

23 April will see streets all over Catalonia decked out with flower and book stalls, as millions turn out in the (usually) fine spring sunshine to browse the stalls for a love token.

As might be expected, Barcelona takes the celebration to another level, with many of the country’s top writers sitting out to meet the public and sign their latest tomes.

While the tradition of gifting a rose on Sant Jordi can be traced back to the 15th century, the custom of giving books was introduced in the 1930s to promote book sales.

23 April was chosen for the book promotion, as that is widely believed to be the day that two of the greatest European writers of all time – Miguel de Cervantes and William Shakespeare – both died.

Recently, too, Sant Jordi has seen changes to its format, such as the erosion of the traditional gender split of books for men and roses for women, reflecting changes in society.

Politics has also began to play a part, with yellow roses becoming a popular choice to show solidarity with the jailed Catalan leaders now on trial over the 2017 independence bid.

While Saint George’s Day is celebrated in many places around the world, from England and Ethiopia to Palestine and Russia, perhaps no one does it quite like the Catalans.