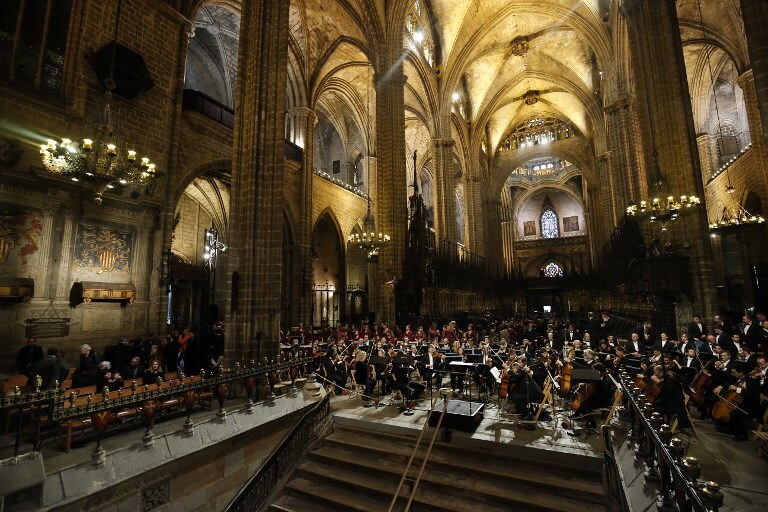 Barcelona Cathedral has hosted the first major tribute to Montserrat Caballé since the world-class soprano passed away last October.

Hailed as one of the world’s greatest singers for her vocal virtuosity and dramatic powers, Montserrat Caballé also became known for her radical rock duet with Queen singer Freddie Mercury. She died in Barcelona on 6 October 2018, aged 85, having charmed audiences for half a century with a huge repertoire that saw her perform across the globe.

The tribute included a performance of ‘Requiem’ by Giuseppe Verdi, played by the Orchestra and the Choir of the Liceu Opera House, a notable composition in Caballé’s repertoire.

The event, organised by the family of the soprano, was attended by some 600 people, including the Catalan culture minister Laura Borràs and Spanish ministers Meritxell Batet and José Guirao.

The ceremony was presided by Joan Josep Omella, the archbishop of Barcelona. He described Caballé as a ‘discreet and nice woman, who had a conciliatory character and brought her smile wherever she’d go’.

Her career, spanning six decades, took her to stages in the world’s top opera houses. It took off in 1955 with a performance in Reus, Figueres, and Valencia of ‘La Serva Padrona’ where she interpreted Serpina.

In the early 2000s, after some time away from the stage for health issues, she was also the recipient of Catalonia’s National Music Prize.

Greenpeace activists board ship off Spain