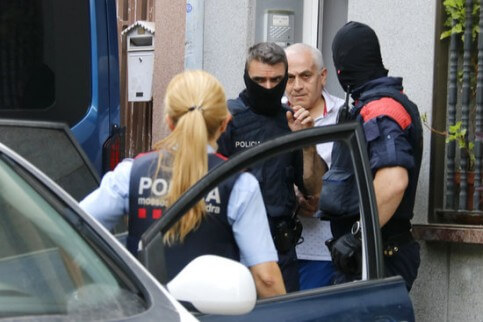 Some 142 people were arrested in a joint operation by Spanish and Catalan police against the Armenian mafia on Tuesday morning, which took place in a number of towns in Catalonia and the rest of Spain. The suspects are allegedly part of a gang involved in drug and arms trafficking, tobacco smuggling, money laundering, sports betting fraud, and other crimes committed across Europe. In all, police carried out 73 raids in different cities, such as the Catalan capital Barcelona and nearby Badalona. Other raids were conducted in several towns in the areas of Madrid, Valencia and Albacete. The police operation was ordered by a local judge in Terrassa, a city some 30km outside Barcelona. Most of the people arrested are Armenian citizens.

The investigation that led to the raids started in 2016, with the aim of uncovering evidence of organised crime under the supervision of high ranking Armenian gangsters. The attorney general’s office says these gangsters were responsible for supervising the criminal activity carried out in one or more territories under their control. Issues such as the distribution of territory or the criminal activity to be developed were decided in meetings known as ‘skhodkas’, where strategies were adopted and promotions within the organisation approved.

The gangs organised their finances in a very specific manner, through a joint economic department known as an ‘obschak,’ to which each member of the criminal community has to make a previously agreed contribution and which is overseen by the leading gangster. At the same time, regular payments from these joint funds were paid out to individual members of the organisation, while money from an ‘obschak’ in a particular territory was also sent to a common global fund, to help finance the entire organization.